2007
MOT-Festival Skopje
Why So All At Once At Home?
Moderate Light Fastness

Is It Still Day? 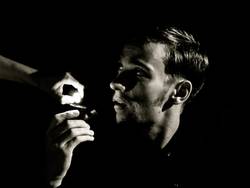 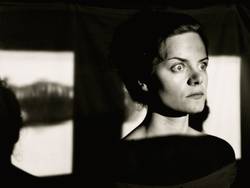 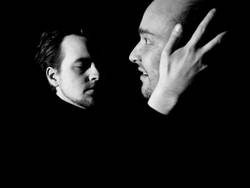 In "Catastrophe," a despotic director has his protagonist stripped down to an utter lack of independence. "Footfalls" presents an isolated woman who cannot overcome her mother's death and the losses of her own past. "Rough for Theatre I" outlines the love and hate of two men facing a nameless void.

"IS IT STILL DAY?" is the first Port in Air production to be presented in the Severins-Burg-Theater. Theatre director Gerd Buurmann is a former member of our ensemble.

For the marvellous pictures of our dress rehearsal, to be seen in our gallery, we thank Rolf Franke and Wolfgang Weimer.

Rough for Theatre I

Lighting in all productions: Henning Vahlbruch