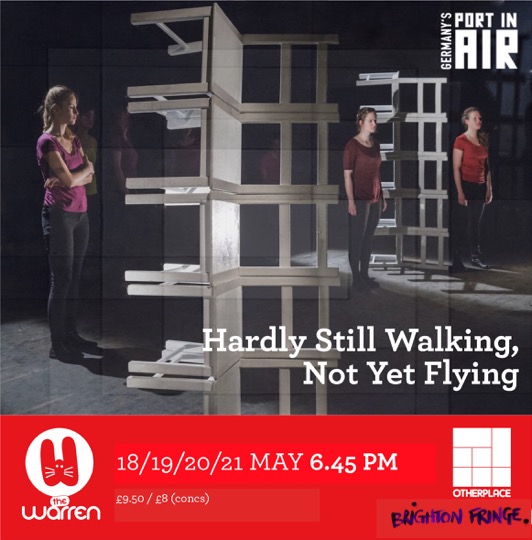 Germanys celebrated Port in Air goes to Brighton Fringe for the first time this May!

Ever wanted to be more than just a victim of gravity? How, in an age that wobbles between apocalyptic pathos and brain-dead boredom, can we still hit the dizzy heights of the sublime? Port in Air tries it with terror, with beauty, with laughter and tears. With verbal fireworks, physical percussion and original live music. And if all else fails, theres always the serenity of shopping. Written and directed by Richard Aczel. 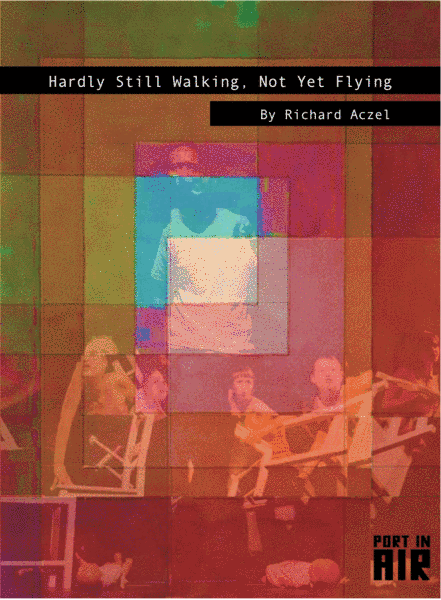 A new piece by Richard Aczel premieres on December 11th at Artheater.

There are two mountains on which the weather is bright and clear. One is the mountain of the animals, the other is the mountain of the gods. Between the two mountains lies the shadowy valley of men. If one of the men happens to gaze upwards, he is seized by a fateful, insatiable longing: he who knows that he does not know longs for those that do not know that they do not know, and those who know that they know.

An experiment is underway in the valley in between. How can earthbound beings, neither animals nor gods, break free from their chains and fly? How can they know the wonder that lifts them from their everyday mediocrity and transports them into the realm of the sublime?

They try it with beauty, they try it with terror, with religious fervour, with the power of nature, with war, with kitsch, and, if all else fails  they go shopping.

Through a dialogic dance of body and words, a haunting sound-world and original live music, Port in Air explores the meaning of the sublime in an age caught between pre-programmed fun and apocalyptic pathos. 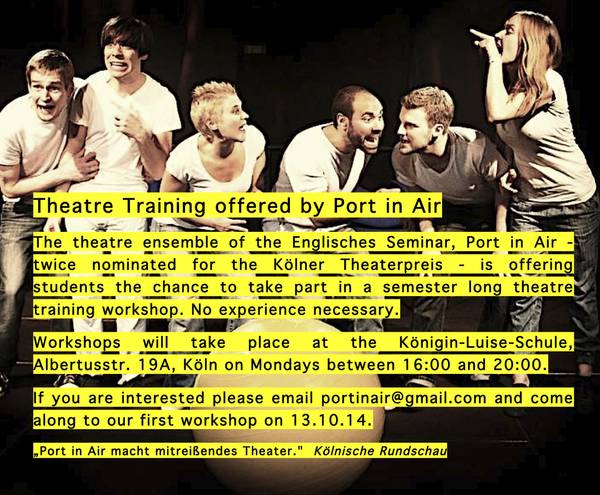 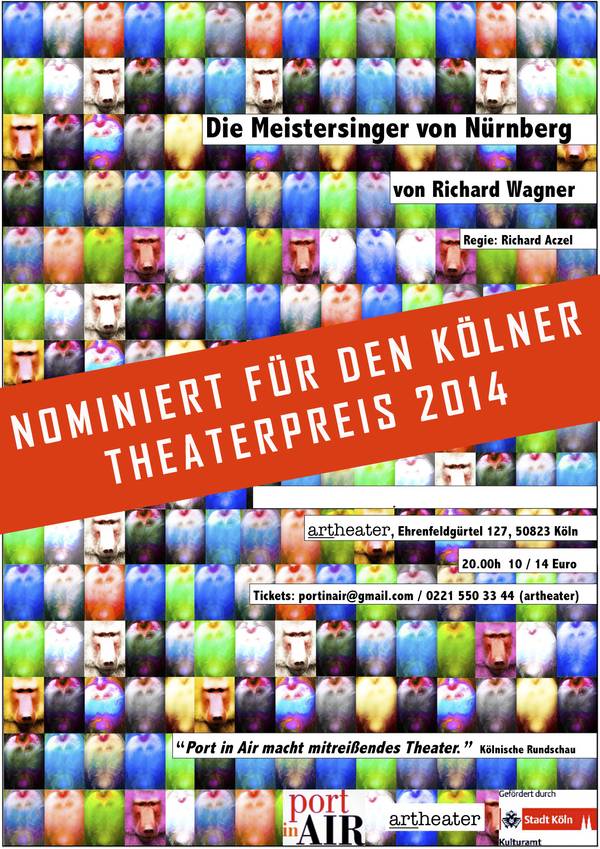 Port in Air presented on "Open Campus" at the University of Cologne a theatre installation. 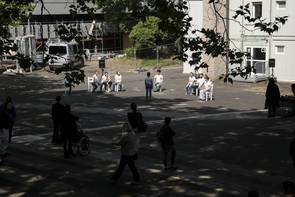 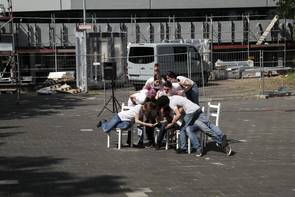 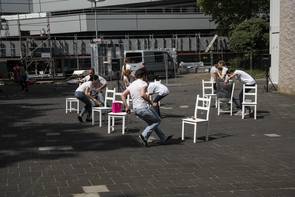 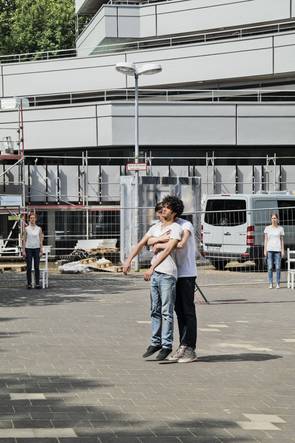 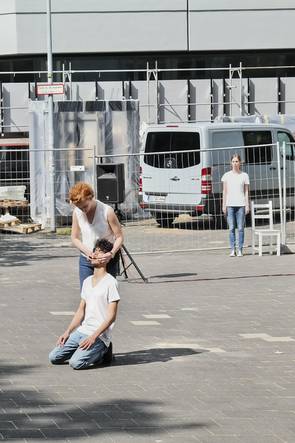 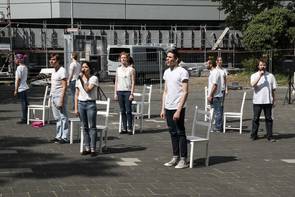 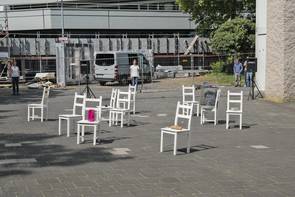 Port in Air presented on 02. Oktober at the 13. Kölner Theaternacht in cooperation with the artheater a foretaste of what is coming in November. 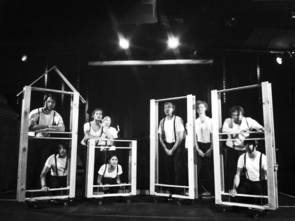 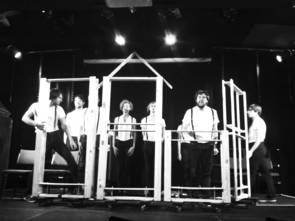 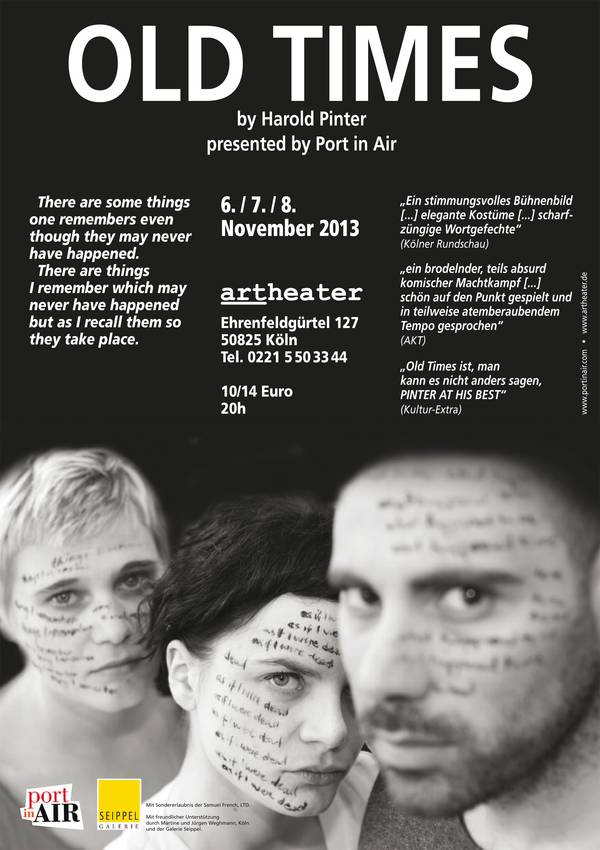 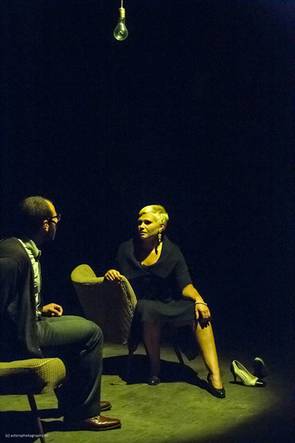 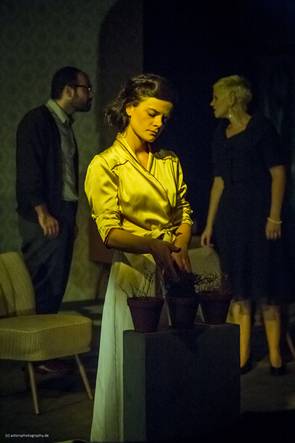 Theatre Installation "The Experiment" at the University of Cologne 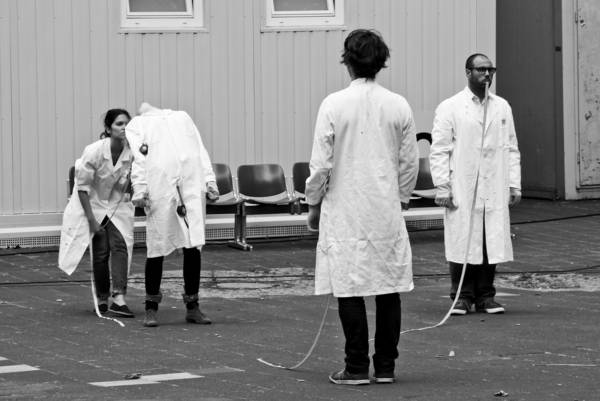 Port in Air presented in November 2012 in cooperation with the artheater: William Shakespeares Hamlet 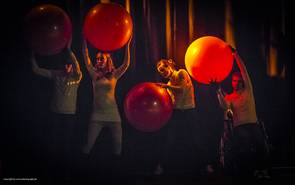 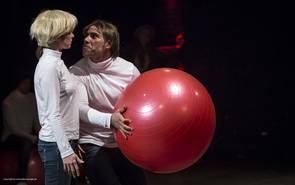 Trapped in the no-mans-land between play and deed, seeming and being, the court of Ellsinore disintegrates into a shameless reality show. Who plays true and who false: King, Prince and servants, or the wandering players who act out the true story of Hamlets fathers death? Only an engagement with death  as the most extreme form of being  offers a way out of the prison of Denmark and back to authentic being, acting and  theres the rub  dying. Through its characteristic visual language, Port in Air explores in Shakespeares Hamlet the essence of playing and the play of being. 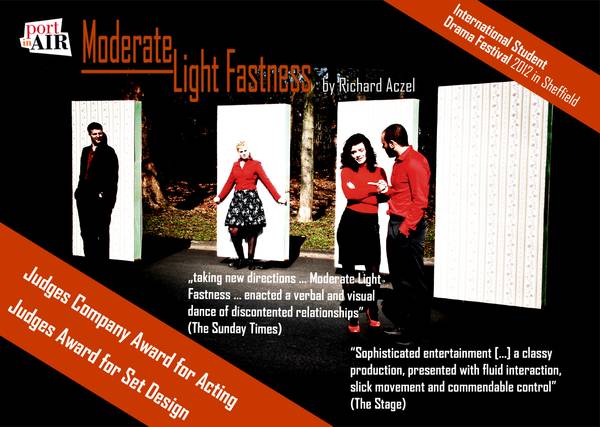 What all 20 productions demonstrated was the liveliness of the student theatrical imagination across the world. Two in particular showed it taking new directions. Written and directed by Richard Aczel, an Englishman who teaches at Cologne University, Moderate Light Fastness took the metaphor of people changing their relationships like wallpaper literally. Mobile wallpapered panels waltzed around the stage as the cast of five enacted a verbal and visual dance of discontented relationships. (The Sunday Times, 08.07.2012)

We are more than happy that our hard work paid off and that we came back to Cologne with two Awards:

Thanks to everyone who made this wonderful adventure possible. It was an unforgettable time of personal, artistic and cultural exchange. We are all richer now and are looking forward to working on our future projects with many new impressions and perspectives.

PORT IN AIR GOES TO SHEFFIELD

Port in Air, the English language theatre ensemble of the University of Cologne, has been invited to take part in a major International Student Drama Festival (ISDF) in England. ISDF is part of the London 2012 Festival, the finale of the Cultural Olympiad. The festival will feature the best of British work alongside exceptional productions by young people from across the world.

Port in Airs latest production, Moderate Light Fastness  performed at Artheater Köln in February with further performances in May and June  is one of ten international shows chosen from over 150 to feature at the festival in June.

Port in Air is the only company chosen from Germany. They will perform alongside companies from Japan, Israel, Palestine, Iran, Australia, Zimbabwe and the universities of Harvard, Oxford and Cambridge. 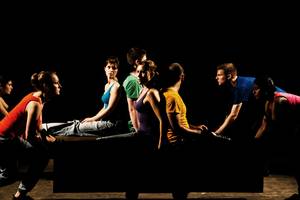 NOMINATED FOR THE KÖLNER THEATERPREIS 2011

Port in Air's Shakespeare on Edge was nominated for the Kölner Theaterpreis 2011.